Meaning and Traditions of an African Christmas 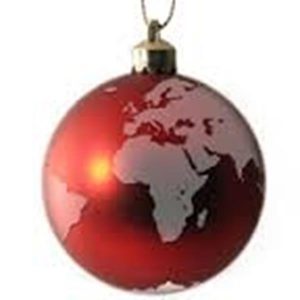 Looking for a lot of sun, flowers in full bloom, beach holidays and Christmas to top all of it look no further ~ Africa is the place to be!

From Ghana to South Africa meats are roasted, gifts are exchanged, family visits are made and carols are sung on Christmas day. Kwanza, the festive season celebration of African heritage observed in USA is not celebrated in Africa and unless you’re in the Atlas Mountains in Morocco, there is not a chance that anyone will enjoy a white Christmas but can instead look forward to a Christmas with a lot of sun.

Carol singing on Christmas Eve and even Carols by Candlelight services is a very popular activity in towns and cities. A lot of people also go to church on Christmas morning.

Gifts at Christmas is not as commercial as it is in Europe or North America but people who can afford it will still give gifts at Christmas but the emphasis is more on the religious aspect of celebrating the birth of Jesus. In rural Africa very few people can afford gifts and if they do buy gifts is will be in the form of school books, soap, candles or other practical goods.

As in most Christian cultures, dinner with friends and family tops the list after attending church. In East Africa, goats are bought at the local market for roasting on Christmas day. In South Africa, families will either barbeque (or braai as it’s known locally), or do a more traditional Christmas complete with paper hats, mince pies and turkey or gammon. In Ghana, Christmas dinner is not complete without fufu and okra soup and in Liberia rice, beef and biscuits are the order of the day.

Christianity in Africa dates back to the 1st Century and every missionary has found that since that time is that Africans are very spiritual people and that the focus of Christmas in Africa is going to church where nativity scenes are played out, carols are sung and sometimes dances are performed.

How to Say Happy Christmas

In Akan (Ghana) Afishapa In Zimbabwe

Please have a look at our other related posts:

Please scan this QR code with your smart phone.

This website is maintained by Webcraft WS (Pty) Ltd.

Thuru Lodge - We offer you a idyllic paradise in the middle of the Kalahari, Northern Cape, South Africa.
MENU